My dear friend Pooh has left the earthly plane today. He had become very skinny and almost didn’t eat and drink any longer. 2 years ago we were in a similar situation, but back then i had the feeling that his life was not over yet. This time it felt different. It felt that he was ready to leave. So when i came home from the vet yesterday, i thought about what he said. He told me it was better for him to go to sleep. I could not decide immediately but after a few hours i realized that he was right and that i was ok with Pooh having to go.

So this afternoon the vet came and gave Pooh the injections which caused his death. Pooh was calm and died within no time. I’ve been doing a lot of Buddhist practice the last few days and playing a lot of Vajrasattva mantras for him. Pooh was to me a true Bodhisattva, a big hearted lovely creature who taught me patience, being calm and how to rest when turmoil is trying to take over the mind. I am thankful of the many years we have shared together and i wish him a safe journey to the other side.

As he really got a mind of his own, thought it would be fun to have a different composition with Pooh.. space on the left while he looks to the right 🙂

Beautiful Pooh was lying in the garden staring like cats can stare.. this weeks entry for the Monochrome Madness challenge hosted by Melbourne based Leanne Cole (http://leannecole.com.au/blog) 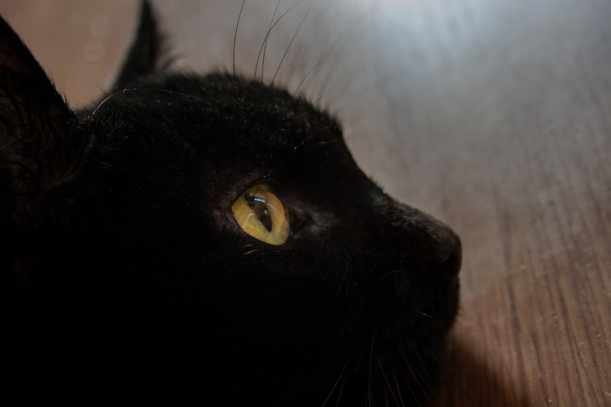 Pooh staring in the distance 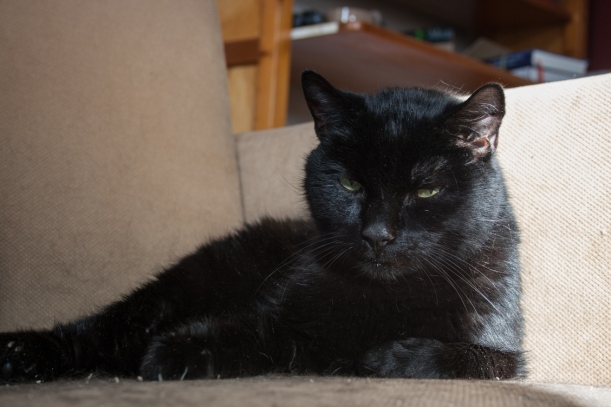 Lying in the chair, enjoying a bit of sunshine

Eagerly awaiting the little snack i was preparing for them

My entry for this weeks Monochrome Madness, Pooh lying in the garden on the floor looking into the camera

Close-up of the eyes of Pooh, with its emerald like color 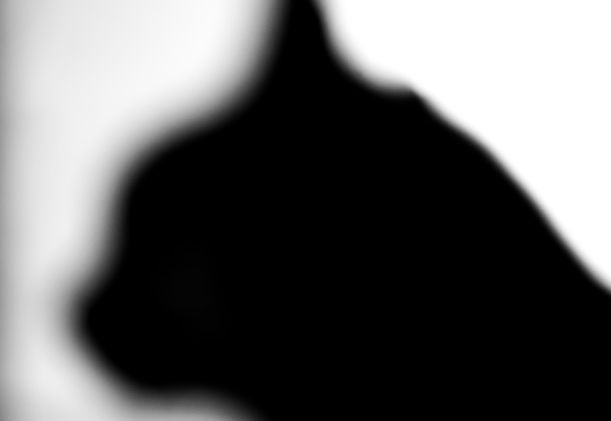 Silhouette of a cat

Black against white, contrasting with the light
You sit there waiting as you blend in dark as night
A body shape is all that is left as I try to focus
Failing to do so, another form of beauty presents itself
Contours outline what is essentially missing
Or perhaps show that there is no light without dark
Long after you walked passed me with a meow
All that remains now is the silhouette of a cat 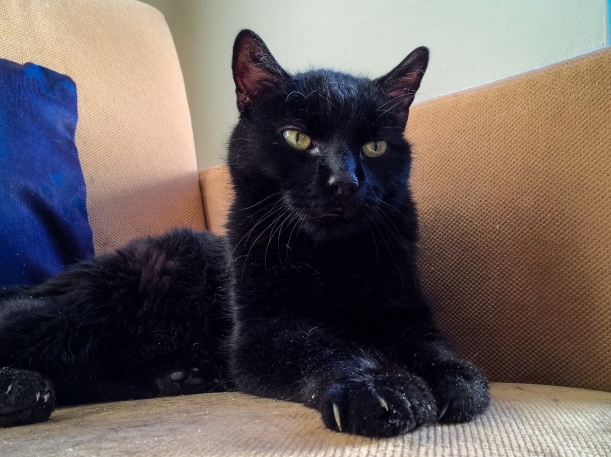 Pooh Iphonized by the telephone i got on loan for work. Actually much fun to have a good camera at hand now.. expect more Iphone photo’s in the near future 🙂

Pooh sometimes has wonderful postures while lying and presumably sleeping. This time he was stretching 3 of his 4 legs while lying down. Didn’t capture that, but i managed to get a few shots with one leg up high in the sky. The first image is rotated 90 degrees to give you a better look on how he was lying. Next is the same image in the original format. The third image is a close up of this cool position. 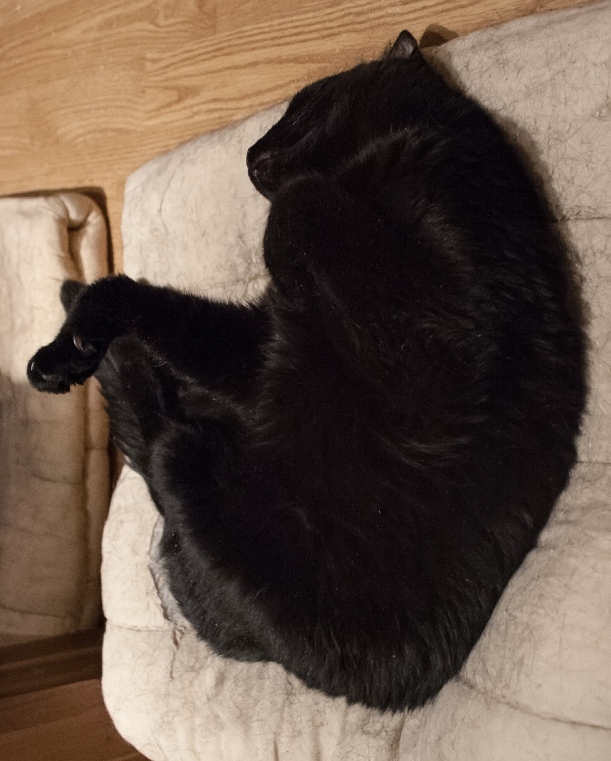 Pooh and White Spot have such wonderful colored eyes.. here you can see the blue color, especially Pooh’s eyes (on the left). 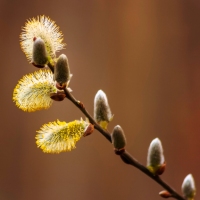 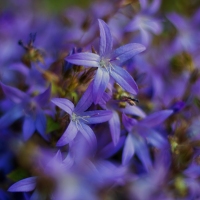 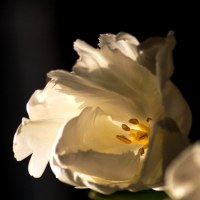 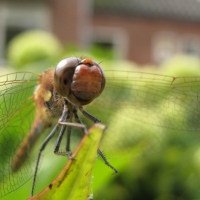