A lady walking with her dog, as we drove by slowly in the traffic jam on the highway 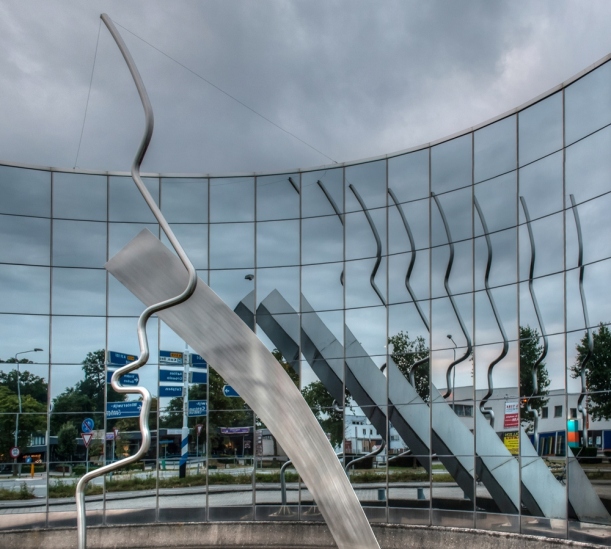 This is my entry for the weekly Monochrome Madness challenge as hosted by Leanne Cole (http://leanecole.com.au/) – a statue with lots of reflections in the mirrors

Saw this today as we drove past this with the car. Really looks cool when traveling 30 mph, but its also fun to walk past it and see oneself being reflected multiple times. I’m sure i’ll post some more shots soon

An image from an old Volvo in the remix. Added a bit of vignet and tried to give it a movie look. I’ve posted this car before, but then it was in color. Hope you like the black and white edition 🙂

A long exposure while driving in the tunnel (to prevent misunderstanding: i was sitting next to the driver 🙂 ). Strange that the photo didn’t end up sharp lol 🙂
Like the effect, so enhanced it a bit. Let me know what u think!

Some memories stay with you for a long time . I suspect this memory may become one of them 🙂

Last September I was in Scotland and the Isle of Skye with my father (in gray coat). On the Isle of Skye, you have many roads where only one car can drive. They have made ​​spots where you can pass eachother ports (e.g. where the van is standing). Only .. What to do when you’re just passed one and the oncoming traffic is already close? Then you gently try to go backwards..

As you can see is didn’t quite succeed this time. My father made the turn too early, so we got stuck in the soft shoulder. The man on the left felt guilty ( what could he do? ) and helped us as far as he could. But there was no tow rope, so we had to wait for it.

Fortunately, there were a number of locals who came along with a pickup and after waiting half an hour there was a towrope. The great thing is, the car got out with no scratch at all.

As a bonus, on the picture look at the face of the (presumably) Japanese tourist who rode in the van. Really enjoyed the hospitality and helpfulness of the people .. it cost us nothing and it gave us a nice story and some nice pictures too lol 🙂 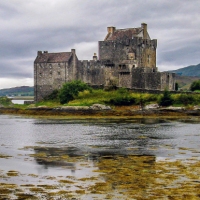 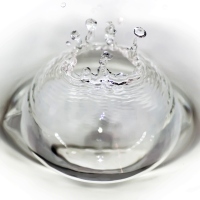